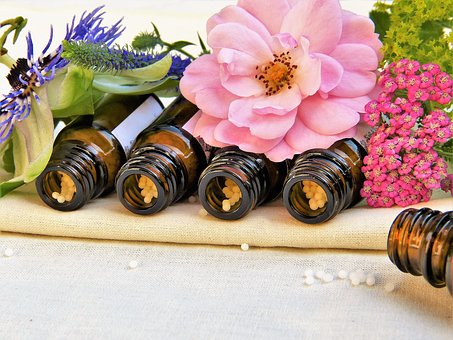 For millennia, people have healed with herbal or animal-derived remedies, using knowledge handed down through generations.

Across the globe, researchers, policymakers, pharmaceutical companies and traditional healers are joining forces to bring TM into the twenty first century.

In some ways, it is already here. Nearly a quarter of all modern medicines come from natural products, many of which were first used in traditional remedies.

And of 121 prescription drugs used worldwide against cancer, 90 are derived from plants.

When people get tired of the failure of “modern” therapies, they often resort to these time-honored, very well proven, largely safe therapies for help. So-called alternative therapies succeed very well in cases of chronic disorders, where so-called “conventional” medicine is excellent in a crisis, as in emergency care. Combining both approaches is true complementary medicine.

Alternative medicine is becoming increasingly popular. In 1997 Americans made 627 million visits to practitioners of alternative medicine and spent $27 billion of their own money to pay for alternative therapies. In contrast, Americans made only 386 million visits to their family doctor. It is estimated, by none other than the Harvard Medical School, that one out of every two persons in the United States between the ages of 35 and 49 years used at least one alternative therapy in 1997. That is a growth of 47.3 per cent since 1990. This is spectacular by any means and of great concern to conventional (allopathic) medicine especially since the people using alternative medicine are primarily well-educated, affluent baby boomers

So why do people increasingly prefer alternative to conventional medicine? The reasons are pretty simple – it is safe and it works! While there is little doubt that allopathic medicine works well in the case of trauma and emergency (you don’t call your herbalist if you get hit by a car), it is much less effective when it comes to prevention, chronic disease, and in addressing the mental, emotional, and spiritual needs of an individual. These are precisely the areas where alternative medicine excels. To most of the world’s population, over 80 per cent to be precise, alternative medicine is not “alternative” at all, but rather the basis of the health care system. To Western-trained physicians alternative medicine is “something not taught in medical schools” and something that allopathic doctors don’t do and, one could add, generally know nothing about. Alternative medicine actually encompasses a very large array of different systems and therapies ranging from ayurvedic medicine to vitamin therapy.

Ayurvedic medicine has been practiced in India for the past five thousand years and has recently undergone a renaissance in the West due, in no small measure, to the work and lectures of Dr. Deepak Chopra, MD. Ayurvedic medicine is a very comprehensive system that places equal emphasis on body, mind, and spirit and uses a highly personalized approach to return an individual to a state where he or she is again in harmony with their environment. Ayurvedic medicine uses diet, exercise, yoga, meditation, massage, herbs, and medication and, despite its long lineage, is as applicable today as it was 5000 years ago. For example, the seeds of the Mucuna pruriens plant have long been used to treat Parkinson’s disease in India; it is now receiving attention in conventional circles as it is more effective than l-dopa and has fewer side effects

Traditional Chinese medicine has been practiced for over 3000 years and over one quarter of the world’s population now uses one or more of its component therapies. TCM combines the use of medicinal herbs, acupuncture, and the use of therapeutic exercises such as Qi Gong. It has proven to be effective in the treatment of many chronic diseases including cancer, allergies, heart disease and AIDS. As does Ayurvedic medicine, TCM also focuses on the individual and looks for and corrects the underlying causes of imbalance and patterns of disharmony.

Homeopathy was developed in the early 1800s by the German physician Samuel Hahnemann. It is a low-cost, non-toxic health care system now used by hundreds of millions of people around the world. It is particularly popular in South America and the British Royal Family has had a homeopathic physician for the last four generations. Homeopathy is an excellent first-aid system and is also superb in the treatment of minor ailments such as earaches, the common cold, and flu. Homeopathy is again based on the treatment of the individual and when used by a knowledgeable practitioner can also be very effective in the cure of conditions such as hay fever, digestive problems, rheumatoid arthritis, and respiratory infections.

Chiropractic primarily involves the adjustment of spine and joints to alleviate pain and improve general health. It was practiced by the early Egyptians and was developed into its present form by the American Daniel David Palmer in 1895. It is now the most common form of alternative medicine in the United States. Chiropractors not only manipulate spine and joints, but also advise their patients on lifestyle and diet matters. They believe that humans possess an innate healing potential and that all disease can be overcome by properly activating this potential.

Naturopathic medicine also strongly believes in the body’s inherent ability to heal itself. Naturopathy emphasizes the need for seeking and treating the causes of a disease rather than simply suppressing its symptoms. Naturopaths use dietary modifications, herbal medicines, homeopathy, acupuncture, hydrotherapy, massage, and lifestyle counseling to achieve healing.

Vitamin therapy or orthomolecular medicine uses vitamins, minerals, and amino acids to return a diseased body to wellness in the belief that the average diet today is often woefully inadequate in providing needed nutrients and that the need for specific nutrients is highly individual. Conditions as varied as hypertension, depression, cancer, and schizophrenia can all benefit enormously from vitamin therapy.

If you are looking for Homeopathy, Cupping Therapy, Massage Therapy, Reflexology..you find us.

We are looking forward to meet you!